The study project of the Tomb of Seti I in the Valley of the Kings in Luxor was conducted on behalf of the American Research Center in Egypt (ARCE) and the Egyptian Antiquities Organization. It was carried out on all the wall paintings in the tomb. The study was divided in two phases: the first consisted in collecting data, by means of close-up observation in situ, on the architectural techniques used and the state of preservation of the decorative scheme. Detailed data sheets were filled in and diagrams were used to record the observations. Cleaning and consolidation tests were performed to help select the most appropriate methodology with a view to restoring the tomb paintings. The second phase consisted in exploring and examining all the available sources on the discovery, subsequent explorations and later research on the tomb in an extensive study.
(Graphic Documentation Associatimodus s.c.r.l.) 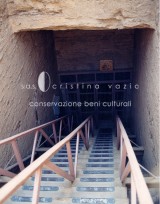 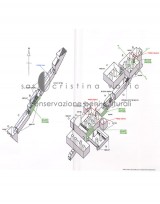 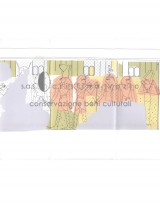 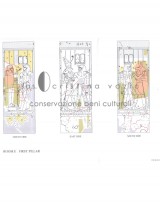 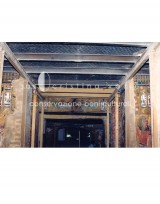 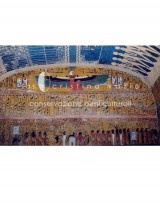 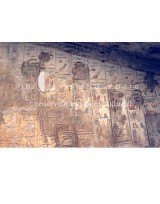 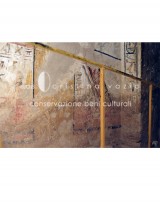 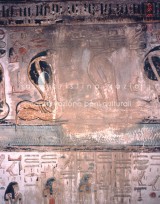 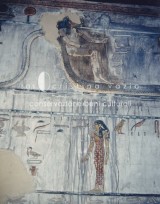 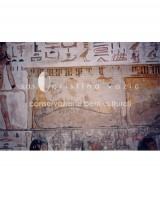 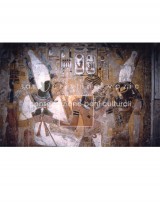 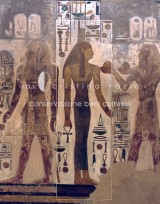 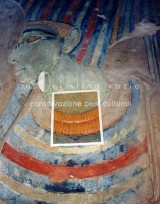 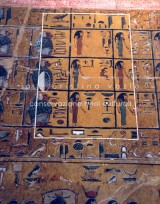