Church of Saint Ivo of the Bretones - Rome

The church dates back to the VII century. At the time, there was a church dedicated to Saint Andrew of the Marmorari on the same site. In 1455, the church was assigned to the Community of the Bretons in Rome who restored it and added a hospice and a hospital. In the early XIX century, Saint Ivo gradually fell in desrepair until the controversial decision to demolish the church was taken in 1873 and Filippo Chiari was asked to draw up a new building project. The few parts of the original structure were saved include the external majolica medallion by Luca della Robbia. The new building was finished in 1876-1878 by Luca Carimini. Italian Serena sandstone was used for the façade. The majolica by Luca della Robbia was inserted within the central lunette, and completed by Adriano Ferraresi in the same style using images of Saint Ivo and Saint Bernardo. The restoration of the façade became necessary due to the typical deterioration phenomena associated with the use of Serena sandstone, such as gradual crumbling, loss of consistency and the detachment of entire portions of the relief decoration.
(Photograph by P.Soriani) 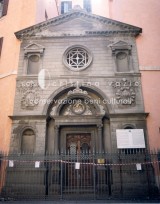 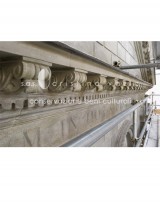 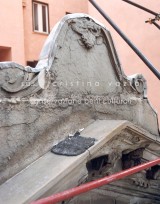 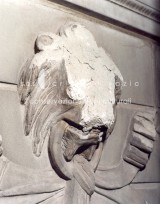 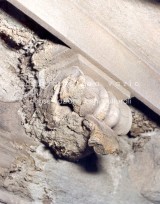 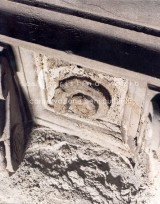 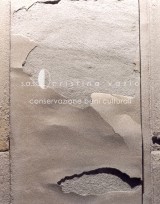 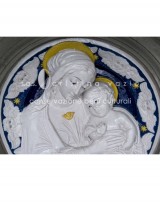 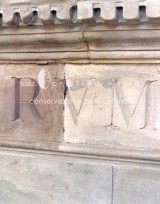 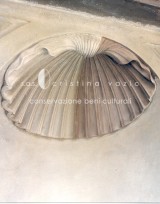 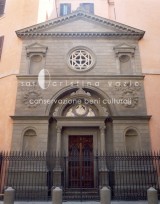 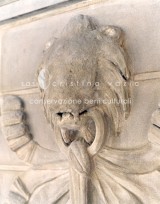 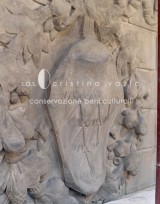