The tomb of Nefertari is located in the Valley of the Queens in Luxor, Egypt. Nefertari was the wife of Rameses II, the great pharaoh of the XIX Dynasty, who reigned dates from about 1290 to 1224 B. C. The restoration project of the tomb was planned in 1987 by the Getty Conservation Institute and the Egyptian Antiquities Organization. The project was assigned to professors Laura and Paolo Mora, who organized a team of European and Egyptian conservators to restore the frescoes inside the tomb. The difficulties encountered in the conservation of the paintings were related to the presence of salt in the rock which caused the lifting and detachments of many portions of the painted surface. Attempts to restore the damaged parts and prevent further deterioration had already been made by the archaeologist Schiapparelli, when the tomb was discovered in 1904, as well as by Egyptian authorities in more recent times.
(Photo by Getty Conservation Institute) 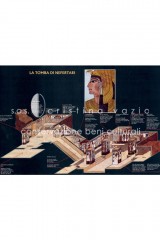 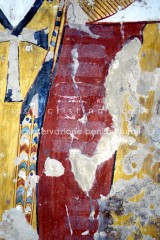 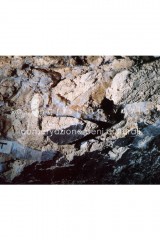 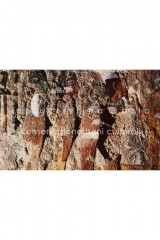 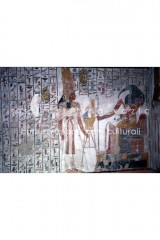 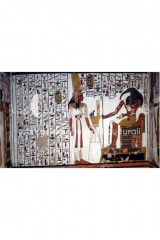 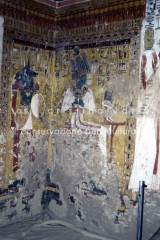 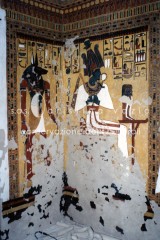 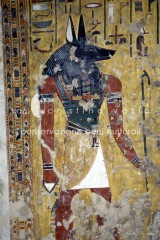 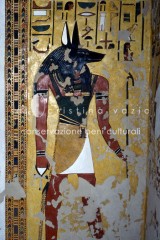 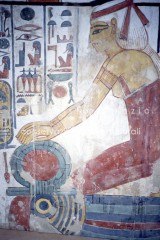 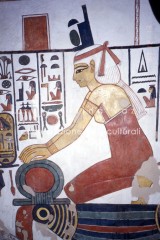 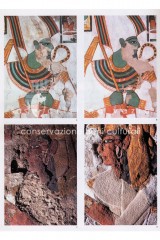 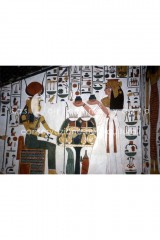 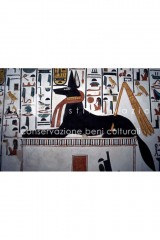